Unusual Decorations at the House of Meghan Markle and Prince Harry

Improvement of the couple Meghan Markle and Prince Harry's house continues to be done. After the garden design idea, this time revealed a decor that would beautify one of the rooms in his second home.

Launching from  Hello,  Thursday (1/8/2019), Duke and Duchess of Sussex have just ordered a A1-sized display in the form of a photo of Formula One racer, Lewis Hamilton. This photo of Richard Wilson's picture shows Lewis about to get into a Mercedes F1 AMG. 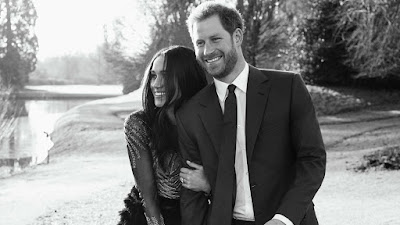 The moment was very historic, because in the race in question, Lewis won the British Grand Prix for the 6th time. The honor of Meghan and Prince Harry was welcomed by Richard with open arms.

"I am very pleased with the fact that future generations in the royal family will have the opportunity to see the historical records of interesting sports that we have and we are watching now," he said.

The photographer actually has been  marketing the photo online  in A3 size. But, because I was asked to print in A1 size, this order was done specifically. "I still don't believe it," he added.

Richard himself admitted he was not surprised Prince Harry and Meghan Markle chose the figure of Lewis Hamilton racer. The achievement of the 34-year-old man is very likely to be equated with several other famous names such as Tiger Woods, Michael Jordan, and Ayrton Senna.

Unusual home decor for the royal family in the form of a photo display was uploaded by Richard to his Instagram account. He said that he had never done orders with material that had been specifically requested by Meghan Markle and Prince Harry.

On this occasion, Richard also thanked all positive messages given by cyberspace citizens. " I can't express how valuable those messages are. Thank you ," he said.

The Meghan couple and Prince Harry themselves are known to have moved from London to Frogmore Castle, Windsor in April 2019. Since then, they have done several renovations which are said to cost millions of pounds sterling.

Some renovations were carried out, including a green energy unit worth 50 thousand pounds sterling, in the form of heaters, warm water, and electricity. As for their child's room, Archie Harrison, both chose natural colors combined with ash from organic category paint.